"The camera reporter makes a major contribution toward greater understanding among the people of all nations. Pictorial reportage is the most universal of all languages. It is an indespensable tool of freedom in these days when so many people are oppressed and personal freedom is restricted in many parts of the world" Dwight D. Eisenhower Art Tibaldo is a true multi media artist. He studied Fine Arts (Major in Painting) following the tradition of the conservative Thomasians. He took up courses in filmmaking, video production and joined Baguio's mass media in the early eighties as a photojournalist He has produced award winning short films, MTVs and video documentaries. He served the Philippine Government under five Presidents as an Information Officer. Curently, he works as a Media Specialist of the Department of trade and Industry-CAR and at the same time produces a local weekly cable television program...the "This is Baguio TV Show" by Cordillera News Agency-Television. A part time college instructor of the University of the Cordilleras (formerly BCF), Tibaldo teaches Electronic Newsroom, Video-Television Production and Desktop Publishing to journalism students. He has also conducted numerous workshops on photography, video production and cartooning. On Photography, he sees the medium as an extention of his art and chosen career. He developed B&W films in the early eighties and documented the changing landscapes of Baguio and the mountain provinces. He has recorded on film some of the historic events in the Cordillera Region's quest for autonomy. An environmentalist, Tibaldo is an active member of the Baguio Regreening Movement and the Alay Sa Kalinisan. He co-founded the Eco-Walk Program that is now gaining popularity as a children's value formation program for the environment. As a hobby, Art hopes to build his collection of old media equipments such as cameras, microphones, recorders, books etc. to be able to put up a small media museum. Among his collections include; a 1930s 16mm Projector, 1950s open reel tape recorder, a Steky 16mm miniature camera, a '50s AKG microphone, an old Royal typewriter and a Yashica twin lens reflex camera. His desire to make a mark in the local and national art scene is what keeps him busy these days. Joel Arthur P. Tibaldo’s Major Achievements in the Past Six Years (2002-07) 2007 Opened the Baguio Media Museum and Animation Studio, a one-of-a-kind edutainment center where one can learn how communications evolved from cave paintings to the modern use of information technology. Tibaldo serves as the in-house curator and museum director. The facility has a wide collection of old media gadgets, photographs and art works aside from a darkroom, radio announcer's booth and a television studio. 2006 Published a website promoting Upland Cultures of Northern Philippines that is now gaining popularity among researchers and Igorot communities around the world. Tibaldo is a member of the Igorot Global Organization-RP Council of Elder. The site is: http://tibaldoarts.tripod.com Cited in Baguio City Sanguniang Panglunsod Resolution No. 057 Series of 2006 Commending Mr. Joel Arthur Tibaldo for his participation in the Exhibition “Customs and Creativity: The Arts of the Upland Philippines” in celebration of The Centennial of Philippine Immigration to Hawai’i held on 08 February 2006 at the East-West Center Gallery, Hawai’i, United States of America. Served as visual Ethnographer-in-Residence and Lecturer at the East-West Center Gallery and University of Hawai’i from Feb 07 to 18. Gave a series of lectures on Images of “Cordillera Through Visual Ethnography” at the Leeward Community College and Kapi’olani Community College in Honolulu, Hawai’i. Awarded as Outstanding Alumni of the MPHS-BCHS-BCNHS or City High for his achievements in culture and the arts. 2005 Received three major awards during the 2005 Media Awards Night of the Baguio Correspondents and Broadcaster’s Club namely: -Television Cameraman of the Year Award -Television Anchorman-Program Host of the Year Award and -Print-Contributor of the Year Award Tibaldo produces a local television show over Skycable Baguio and hosts a talk show for the Alay sa Kalinisan-Baguio at Ch 11, Mountain View Cable TV. 2004 Tibaldo organized the first Eco Warriors Powwow that involved three hundred children of Baguio as a vanguard to the city's natural resources. He later became an NSTP (ROTC) trainor on Human Ecological Security and co-authored a module on Eco-warriorship. 2003 Elected President and Chairman of the Board of the Save Our Street Children Foundation Inc. (SOSCFI) Attended the Missionary Sisters of the Sacred Heart of Jesus General Assembly in New York to present the programs of the SOSCFI for funding. SOSCFI provides assistance to over a hundred low income families of Baguio. Chosen one among the TEN OUTSTANDING CITIZENS OF BAGUIO (TOCB) for Journalism, Culture and the Arts. Awarded during the Baguio Day celebrations. 2002 Tibaldo is a founding member of the ECO-WALK Program that received the UNEP Global 500 Award. Tibaldo’s daughter, Tam Jewel received the award in Shenshen, China in behalf of ECO-WALK and the children of Baguio. Tibaldo later joined Tam Jewel in Malacca Malaysia who attended the Yayasan Anak Warisan Alam Children’s Environmental Congress. Tibaldo served as facilitator in a children’s mural painting contest. (Tam Jewel’s message is published in the UNEP’s website) Productions, Assisted Projects and other Publications: -Upland Cultures of Northern Philippines, 18 minutes in DVD -CAR-AVP, a regional investment and promotion material for Cordillera. 12 minutes in DVD and the Benguet Provincial and Municipal Brochures. -Training Video on Community Based Mass Casualty Incident in DVD & VCD -Published numerous articles and news photos on government programs in print, radio, tv and web publications. -Maintains a contributor status to all Baguio based local papers. 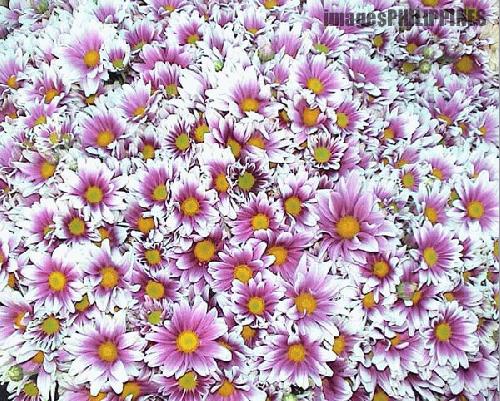